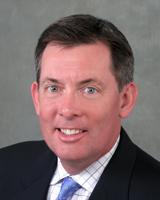 Sutton was previously Chairman and CEO of IMG College, the largest college sports sponsorship and media company in America, and the top sports sales organization in the country (as named by industry trade, Sports Business Journal).In addition to founding and building three of the four core businesses of IMG College into national market-leading companies, he and his team were largely responsible for the meteoric overall growth of IMG Worldwide, engineering the sale of the company in 2014 to Silver Lake Capital Partners and WME.At the time, IMG College was the national market leader in Media, Licensing, Ticketing and Stadium Seating, working with over 225 universities, college athletic conferences, the NCAA and the College Football Playoff.During his tenure, IMG managed the largest radio network in America, producing and distributing over 35,000 hours of programming to 2,200 radio stations nationwide; distributed nearly 5,000 hours of TV programming to over 200 outlets across the U.S.; was the largest producer of college sports publications in the country; and managed the most official major college sports websites nationally.Prior to IMG, Sutton spent 18 years as Chairman and CEO for ISP Sports. He founded the company in 1992 and ISP essentially “invented” the college sports multi-media business and model used industry-wide since.

In addition to being named one of the top or most powerful sports executives in America by numerous publications, Sutton has received numerous awards including the Order of the Long Leaf Pine (highest civilian honor in North Carolina), the Wake Forest University Distinguished Alumni award, and induction into the North Carolina Sports, National Football Foundation and NACMA Halls of Fame.He chairs the boards of WITNESS and Sunshine, and serves on boards of Verger Capital Management, Wyndham PGA Championship and The Tailgate Guys.He is also a trustee at Wake Forest University and the Ronald Reagan Presidential, United States Olympic Committee, National Football and Naismith Basketball foundations.

Sutton, a native of Murfreesboro, NC, is a graduate of Wake Forest University and its School of Law, and has lived in Winston-Salem, NC since.He and Sally have two children, Addison (who holds two degrees from Wake Forest and currently works as an athletic fundraiser at her alma mater) and Trey (a junior at Wake Forest).