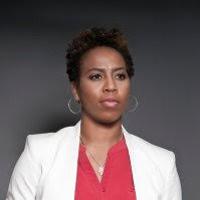 Chasity Melvin was a small-town girl who developed a big-time game. Born and raised in Roseboro as one of Jimmy and Janet Melvin’s five children, she came from modest beginnings to become one of the most decorated women’s basketball players in North Carolina history.

Both parents possessed a strong work ethic and an equally strong faith, and it was those qualities, along with superior height and skills, that Melvin used to become a star. So driven was she that at age 11 she declared to her mom that she would one day play basketball professionally in America, even though no such opportunity existed at the time.

The athleticism the 6-foot-4 Melvin displayed at Lakewood High School (where she won a state championship playing alongside sisters Danielle and Jimmelle) drew college coaches from all over the country, but she chose to stay in state and play for her beloved late mentor, coach and friend, Kay Yow. While at N.C State, Melvin improved every season, culminating in a senior campaign that led to career totals of more than 2,000 points and 2,000 rebounds and earning her All-American honors.

Her senior season, 1997-98, was memorable on numerous fronts. The Lady Wolfpack reached its first Final Four, and Melvin’s star shone brightest on the biggest stage when she scored a NCAA Final Four-record 37 points in a heartbreaking loss to Louisiana Tech. Later that spring, she was drafted in the first round of the first women’s pro league, the ABL, by the Philadelphia Rage, and then later by the Cleveland Rockers of the WNBA.

Melvin went on to play 12 seasons in the WNBA, starring first for the Rockers, then for the Chicago Sky and later for the Washington Mystics. She was named to the league’s All-Star team in 2001. Also during that time – and for 14 total seasons – she played internationally in Spain, Russia, Poland, South Korea, Italy, Israel, Turkey, and China. All told, she was a part of five championship teams and earned multiple individual honors.

Throughout her career, Melvin embodied style, uniqueness, beauty, talent and faith. Her play on the court, hallmarked by her signature smile, combined with an engaging personality off the court made her appear larger than life to fans of women’s basketball. Now that her playing days are done, coaching and mentoring young girls and empowering women are her passions.

Along those lines, she has traveled to Africa for a Hoops 4 Hope innovative and traveled to Colombia as a sports ambassador for health and wellness. She uses her creative talent and communications degree to produce her own True Sports Talk online radio show. Her book, At the End of The Day, is a must-read and the ultimate blueprint for those seeking success, inspiration and an undeniable faith as a way to help reach their goals.

Melvin resides in Raleigh, where she is director of communications for the non-profit Kay Yow Cancer Fund. She also does independent basketball analyst work for ESPN3.