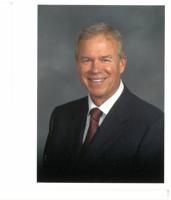 The late Chris Cammack was a legend on and off the field. Fiercely competitive, he was the ultimate team player, beloved by teammates and feared by opponents. When Chris was a toddler, his pediatrician remarked to his parents that Chris was gifted with the “best hand and eye coordination that I’ve ever seen.”

At Fayetteville High School, Chris graduated in the top of his class. While excelling in academics, he also starred in basketball and baseball. He played point guard and in the state 4-A championship game, he scored 21 points, including two game-clinching free throws. On the diamond, he was named the Bulldogs’ Most Valuable Player in both 1966 and 1967, led the team in batting average all three of his varsity years and was voted the school’s Most Valuable Athlete in 1967. Drafted by the Washington Senators his senior year in high school, he instead chose to attend N.C. State on a full baseball scholarship.

As a member of the Wolfpack, Chris earned first-team All-ACC honors all four years, one of only four players in league history to achieve the honor. In 1968, his team-leading .351 batting average helped N.C. State reach the College World Series. That year, and again in 1971, he was named the ACC Player of the Year. In 1969, he hit an amazing .429, a single-season school record. For his career, he batted .362, drove in runs in two of every three games he played, and walked nearly twice as often as he struck out. Also possessing soft hands and an outstanding throwing arm, he was a standout defender; not surprisingly, he received the H.C. Kennett Award in 1971 as N.C. State’s Most Outstanding Athlete.

Chris was twice named to the national All-America team and was selected to the USA National Team in 1969 and 1970. He also competed on Team USA as the starting third baseman and cleanup hitter. Drafted by the Orioles, the Phillies and again by the Senators while in college, he chose to finish college and pursue a career in business. He was one of two players inducted into the inaugural class of the N.C. State Baseball Hall of Fame. He also is enshrined in the Fayetteville Sports Club Hall of Fame and the George Whitfield Baseball Clinic Hall of Fame.

After graduating from N.C. State, Chris was hired by the Aetna Insurance Company, where he starred on the company softball team. His team won the National Industrial Softball Championship in 1975. During the championship series, Chris hit the most consecutive home runs ever in a single game and earned a place in the Guinness Book of World Records.

Chris’s competitive nature faced the ultimate challenge during the final years of his life, as he lived fully despite cancer taking the best of his physical body until his passing in June of 2016. He is survived by his mother, Judy; his wife, Katherine; his son, Todd and daughter-in-law, Elizabeth; and granddaughter Eleanor James Cammack.