After many years of bringing several of their teams to the Carolinas for preseason exhibition games throughout the 1960s, NFL owners decided they didn’t want to expand their Southern footprint beyond Atlanta.

“These places are Endsville,” said one general manager of towns like Charlotte, Raleigh and Columbia.

In the late 1980s, however, Charlotte businessman Jerry Richardson believed that the banking capital of the New South was the perfect place to put an NFL franchise. The league was growing, supplanting baseball as America’s game, and Charlotte was becoming an urban success story with a regional consumer base of means and passion.

Richardson dreamed even bigger, wanting a professional franchise belonging to both Carolinas. All he and his supporters needed to do was “keep pounding.”

The league added Charlotte and Jacksonville in 1993. The Panthers brought a corporate crowd to a state that had long celebrated casual games of the state’s colleges or the informality of NASCAR races.

In the 25 years since Richardson’s dream was fulfilled, the Panthers have made two Super Bowl appearances, contributed four players to the Pro Football Hall of Fame, revitalized the city center and created a lifetime of memories for fans who represented a region, not just a town. The Panthers are not so much a “Great Moment in North Carolina History” but an on-going event that invited everyone in two states to the party.

The arrival of the Panthers, now under the ownership of businessman and philanthropist David Tepper, added the 75,523-seat Bank of America Stadium to Uptown Charlotte. They made their training camp home in Spartanburg. They played their first season at Clemson’s Memorial Stadium. The franchise helped draw the city’s professional basketball and baseball back into the city center, all connected by the Carolinas’ only light rail system.

The franchise gave its diverse states an entirely regional identity, binding together those varied communities with the leather laces of football.

The Wyndham Championship was first played in 1938 and has annually attracted the game’s greatest players while at the same time having an enormous charitable impact on the Piedmont Triad.  It is being honored as part of the NCSHOF’s ceremonies for the 2019 class of inductees.

The Wyndham Championship will be played for the 80th time August 1-4 at Sedgefield Country Club.

World Golf Hall of Famer Sam Snead won the inaugural tournament. The Virginian, who leads the PGA TOUR in career victories with 83, went on to win what was then called the Greater Greensboro Open a total of eight times in four different decades.

Snead’s final victory in Greensboro came in 1965 when he was 53, and he remains the oldest winner in PGA TOUR history.

Davis Love III, a member of the NCSHOF’s 2019 induction class, is a three-time winner of the tournament. The two-time Ryder Cup captain’s most recent victory came in 2015 at Sedgefield Country Club when he was 51 years old, making him the third oldest champion on TOUR.

Love, who joined Snead in the World Golf Hall of Fame in 2017, had won his first tournament in Greensboro 23 years earlier at Forest Oaks Country Club, one of three host courses in the event’s history.

The Wyndham Championship is the sixth oldest tournament on the PGA TOUR. The tournament alternated between Starmount Forest Country Club and Sedgefield until 1977 when it moved to Forest Oaks. The event moved back to Sedgefield in 2008 and is the only regular season TOUR event played on a course designed by the legendary Donald Ross.

Other past champions in Greensboro include Ben Hogan, Byron Nelson, Billy Casper, Chi Chi Rodriguez, Gary Player, Seve Ballesteros, Raymond Floyd, Lanny Wadkins, Sandy Lyle and Brandt Snedeker, who picked up his second Wyndham Championship win last year on the strength of a sterling 59 in the first round.

Snedeker’s personal great moment was just the ninth 59 shot in TOUR history. He started his round with a bogey but made an eagle and 10 birdies, including a 20-footer on his final hole, to shoot 11 under. Snedeker went on to finish at 21 under and won by three. 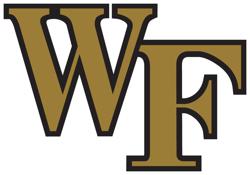 The Hall’s “Great Moments in North Carolina Sports History” series in 2015 honored the remarkable achievements of the Wake Forest men’s golf program, specifically the glory decades of the 1970s and 1980s under the leadership of legendary coach Jesse Haddock.

While Arnold Palmer was the Demon Deacons’ first bona fide star (he won the inaugural Atlantic Coast Conference men’s golf tournament in 1954), it was his housemate, Haddock, who turned the program from good to great.

Haddock officially was named head coach in 1960, and the self-proclaimed “country boy from Pitt County” began building a powerhouse. His Wake Forest teams won national championships in 1974, 1975 and 1986, and from 1967 through 1980 the Demon Deacons won 13 out of 14 conference titles. Haddock retired in 1991 with 15 ACC championships total under his belt.

His best team was the 1975 squad, which featured Curtis Strange, Jay Haas, Bob Byman and David Thore. Those Deacons obliterated the field in the NCAA championships at Ohio State’s Scarlet Course, winning by a record 33 shots. In 2001, GolfWorld magazine named the 1975 Wake team as the greatest in the history of college golf.

THE “GREAT MOMENTS” SERIES DEBUTED IN 2011