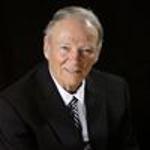 Henry “Blacky” Trevathan is an inspirational and highly disciplined leader whose legacy as a legendary football coach cements a remarkable influence on the game and the players he coached. His career spans 60 years and counting, involving every level of the game. He has coached every position, all while missing only one practice – and that to attend a family funeral.

A native of Tarboro, Trevathan grew up in Fountain. He graduated from Virginia Episcopal School, served in the U.S. Army, and graduated from East Carolina in 1955. After coaching in the Greenville midget league, his first teacher/coach position was at 1-A Windsor High School as the only coach. He coached five different teams and taught five biology and science classes in one year.

Trevathan then coached the Rocky Mount junior high and then senior-high jayvee squads before advancing to assistant varsity football and basketball coach during the glory days of Rocky Mount athletics from 1957 to 1964.  Rocky Mount won the 4-A “triple crown” – football, basketball and baseball state championships – during the 1962-63 school year. The 1963 football team followed with another title to complete an unprecedented four consecutive state championships.

In 1964, Trevathan accepted the position of head football coach at Fike High School in Wilson. The smallest school competing at the state’s highest classification had lost 31 of its past 33 games. But he turned the program around, helping the Cyclones become the first school to win three consecutive 4-A state championships (1967-69). After each season, Trevathan was voted by his peers as the state’s 4-A Coach of the Year. This extraordinary journey is chronicled in Russell Rawlings’ book, Cyclone Country.

Trevathan then moved to the college ranks at his alma mater, East Carolina, for the next 11 years, becoming one of the Pirates’ longest tenured coaches. Today, 11 of his players are still in the record book. After a year at Lenoir-Rhyne and three years at Elon, Trevathan joined the staff at N.C. State in 1986 as an assistant specializing in coaching punters and placekickers. During his nine seasons, three of his “students” made All-ACC. Two were All-Americans, including Marc Primanti, the 1986 Lou Groza Award winner as the nation’s most outstanding kicker. In 1990, Trevathan even delved into the pro football ranks, working with the Raleigh-Durham Skyhawks of the World League of American Football.

In 1992, Trevathan and Bill Dooley were recipients of the first N.C. High School Football Coaches Association Award “in recognition of long and distinguished service to the development of high school football in North Carolina.”

For the past 17 years, Trevathan has coached part-time at Bridgewater College in Virginia, where in 2008 he was given the school’s initial Soaring Eagle Award as “one who models a leader as envisioned by the college’s mission statement.” Today, he lives with his wife, Marlene, in Farmville. He has three children, two stepdaughters, and six grandchildren.