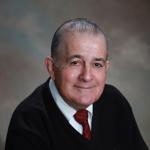 “Lee Gliarmis is a hero to the Wilson community and to the entire state of North Carolina for all the work he has done in sports and recreation.”

CEO Lynwood Roberson spoke those words in 2013 when the Frederick E. Turnage Chapter of the American Red Cross honored Gliarmis. Countless others have expressed similar sentiments when recognizing Gliarmis for all he has done to elevate athletics in Wilson County and beyond. In addition to the Red Cross, he has been honored locally by the Wilson Chamber of Commerce, the Sertoma Club, the Exchange Club and the Wilson Hot Stove League, and regionally by the Raleigh Hot Stove League and by the State of North Carolina. His induction tonight into the N.C. Sports Hall of Fame, however, perhaps comes closer to acknowledging the breadth and depth of his contributions than any honor he has ever received.

Gliarmis is the owner and operator of Dick’s Hot Dog Stand, established by his father in 1921 and best described by Tom Ham, longtime Wilson Daily Times sports editor, as “Wilson’s hub of sports activity.” In his youth, Gliarmis spent many hours working in the restaurant alongside his brother, Staff Sergeant Richard Gliarmis, who died in the Battle of the Bulge. But Lee’s dream, as a three-sport athlete at UNC Chapel Hill, was to follow his mentor, Leon Brogden, into the coaching ranks. Then his father became ill, and Lee Gliarmis came home in 1950 to run the family restaurant.

Over these many decades, Gliarmis has contributed significantly to any number of success stories and worthy causes, especially in instances where the needs of young people were served. He coached in Wilson’s Midget League football program from 1950-86, developing more than 50 players who were members of Fike High School’s state championship teams in 1958 (co-champions), 1967, 1968 and 1969. He helped establish the athletics booster club at Barton College, where he is an honorary alumnus. He has been a constant pillar of support for the athletics program at Fike High School, where he is a member of its hall of fame.

In particular, Gliarmis has been a tireless supporter of baseball. He helped establish the Wilson Hot Stove League to support youth and interscholastic baseball programs, and he led the effort to renovate Fleming Stadium. Once on the verge of demolition, Fleming Stadium now serves as home to the North Carolina Baseball Museum, which owes its very existence to Gliarmis.

Beyond the confines of Wilson, he has served as a president and longtime board member of the N.C. Sports Hall of Fame. He has also held leadership posts with the American Hellenic Education Progressive Association and the Greek-American Sports Hall of Fame.

Humble to a fault, Gliarmis has never been one to seek the limelight, preferring instead the warm embrace of family and loved ones. Tonight, however, the time has come for him to step out from behind the proverbial counter and accept his richly deserved induction into the N.C. Sports Hall of Fame.