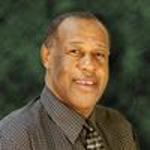 A native of Wallace who excelled as a multi-sport star at Wallace-Rose Hill High School, M.L. Carr was one of the greatest basketball players in Guilford College history, as evidenced by the No. 30 jersey that was retired in 2009 and hangs in Ragan-Brown Field House.

Carr was a freshman when the Quakers placed fourth in the 1970 NAIA Tournament. As a senior three years later, the 6-foot-6 All-American forward led coach Jack Jensen’s team to a 29-5 record that was capped by a victory over the University of Maryland-Eastern Shore in the NAIA championship game. The 6-6 forward averaged 18.4 points and 12.5 rebounds per game and was named an NAIA First Team All-American.

After graduating from the Greensboro school with academic honors and a history degree, Carr was drafted by both the Kentucky Colonels of the ABA and the Kansas City Kings of the NBA. He chose neither, opting to play for the Israel Sabras in the European Pro Basketball League, where he was named the league’s Most Valuable Player for guiding his team to the championship.

In 1975, Carr joined the Spirits of St. Louis in the ABA and was named to the league’s All-Rookie team. When the ABA and NBA merged, he joined the NBA’s Detroit Pistons in 1976-79, where he was selected to the All-Defensive second team in the 1978-79 season after leading the league in steals.

A free agent, he signed with Boston and was a mainstay for the next six years with the Celtics, playing a key role on two championship teams (1981 and 1984). Carr perhaps is best remembered for the steal and dunk he made in the 1984 NBA finals to seal the victory for the Celtics against the Lakers.

Carr retired following the 1985 season and launched M.L. Enterprises, a sports marketing, motivational speaking and business consulting firm. He went on to become a spokesperson for such companies as Bank of Boston, New Balance Athletic Shoe, Putnam Investments, and Massachusetts Financial Services. In 1994, he returned to the Celtics’ organization as director of basketball operations and also served as the club’s head coach for the 1994-95 and 1996-97 seasons. Later in 1997, he was named the club’s director of corporate development. In all, he spent 21 years in various roles for one of sport’s landmark organizations.

Today, Carr is president of the Dream Company, LLC, a multi-faceted insurance marketing firm that provides affordable family protection, legacy giving and future planning protection. He also is extensively involved in community service and is the founder of the M.L. Carr Scholarship Fund at Guilford College and the John Henry Carr Alzheimer’s and Aging Foundation.

A member of the NAIA Hall of Fame and the Guilford College Athletics Hall of Fame, Carr remains an active part of the Quakers’ community, having served on its board of trustees and as tri-chair of the school’s successful “Our Time in History” capital campaign that netted over $56 million.