Our May 2022 newsletter includes a fascinating feature about NCSHOF member Brad Daugherty and his devotion to two sports that you may consider an unusual combination.  Our “Did You Know?” highlights other NCSHOF members who combined greatness in a variety of disciplines, and another unusual path to the Hall by a 2022 inductee.  We hope you enjoy! 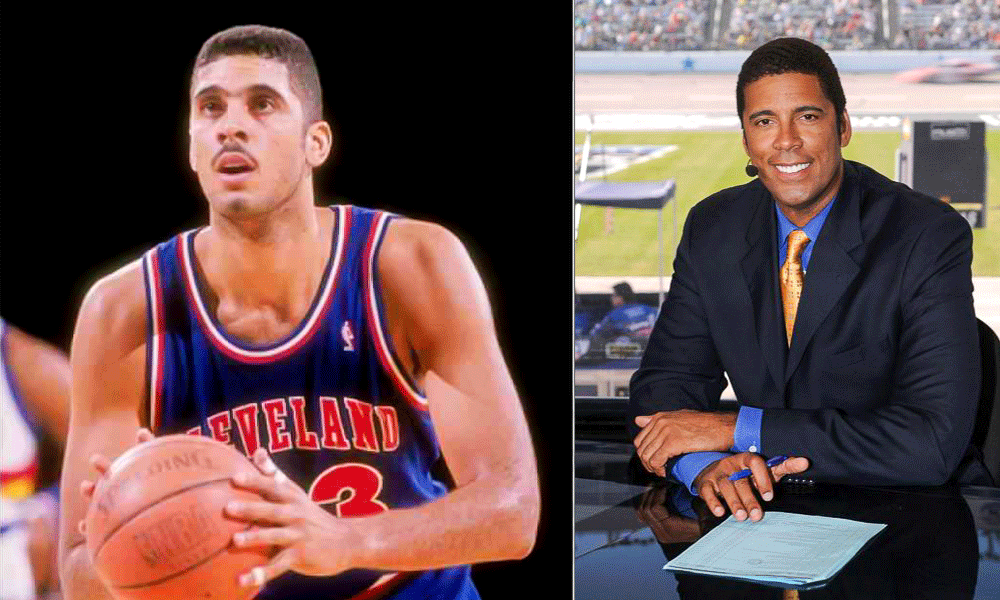 A lot was expected of Brad Daugherty when the Cleveland Cavaliers made him the NBA’s No. 1 overall draft pick in 1986. And the 7-footer from UNC delivered, making five All-Star teams in eight seasons before retiring as the team’s leading scorer (10,389 points) and rebounder (5,227).

Not surprisingly, Cleveland retired Daugherty’s No. 43 jersey on March 1, 1997 – one of only seven players so honored to date. But do you know why Daugherty chose to wear that number at Cleveland?

The decision was a tribute to stock car legend Richard Petty, a North Carolina Sports Hall of Fame member who drove the No. 43 car to 200 NASCAR victories. The two had met 20 years earlier at Daytona International Speedway, and Daugherty loves racing almost as much as he did basketball.

His father and grandfather were huge fans, too, tinkering in the garage and building hot rods and stock cars and drag racers. Daugherty, who grew up in Black Mountain, North Carolina, went with them to the speedway in nearby Asheville to watch the races as often as he could.

“I was just always around it, the pieces, the parts, since I was a little kid,” Daugherty told the Boston Globe in 2011. “The big item in our little local newspaper was how the local racers had done. We had Jack Ingram, who has a lot of success on the short-track series, and that was a huge deal in our community, so it was all around us.

“It was all my dad and uncles talked about, and when you’re a little kid, you want to do what they do. I learned to work on race cars, it was just normal to me.”

But there was no mistaking Daugherty’s basketball skill, either.

He started playing for Charles D. Owen High School as a 6-foot-3 sophomore and had grown seven inches by the following year. UNC coach Dean Smith offered him a scholarship, and the big man – who was just 16 as a freshman after skipping the eighth grade -- played with Sam Perkins and Michael Jordan, among others.

As a senior, Daugherty averaged 20 points and nine rebounds per game and led the ACC in field goal percentage (including a 68 percent mark in NCAA games). An accomplished defender, as well, he was named a first-time All-American and all-Atlantic Coast Conference for the second time.

When he wasn’t playing or practicing basketball, though, Daugherty still loved going to the racetrack. A childhood friend, Robert Pressley, was driving on the late model stock car circuit, and when Daugherty was drafted and had some money to spare, the two went into business together.

“By my senior year, Robert and I built a late-model stock together, and my rookie in the NBA, I had a couple more quarters to rub together, so we could build a couple nicer race cars, and won a Mid-Atlantic regional championship, which was a pretty darn big deal,” Daugherty recalled in the interview with the Globe.

“Then in ’88, I want to say, we build a couple Busch Series cars, got a motor, and won our fourth race. First rookie driver and first rookie owner ever to do so. So that was pretty cool.”

Daugherty continued to make his mark on the hardwood, too, though.

He averaged 19 points and 10 rebounds over eight seasons at Cleveland before back injuries forced him to retire in 1994. Daugherty has done extensive TV work, both as a college basketball analyst and as a commentator at NASCAR races.

Daugherty, inducted into the North Carolina Sports Hall of Fame in 2001, currently is a co-owner of JTG Daugherty Racing, which will run one car in 2022 driven by Ricky Stenhouse Jr. He has owned teams in NASCAR’s Nationwide Series and Craftsman Truck Series, as well.

“I love what basketball did for me as an outlet,” Daugherty told the Globe. “It put me in the best physical condition of my life. I loved the way the game is played because everyone has a job to do, and if everyone does their job on the basketball court, it’s a beautiful game. It really is. I loved the strategy part, the competition part of it, and trying to outthink, outplay, out-position, out-strategize your opponent. It was awesome.

“What happened for me is that I loved both with a passion, and when one door closed, it enabled me to come home and begin focusing on racing. As long as I was physically capable of playing basketball, I was going to play basketball. I loved to do it. I’ve been so lucky to have both, to be able to transition from one to the other, because they’ve both meant so much to me for as long as I can remember.”

The Black Mountain native was a high school star at Charles D. Owen High School and went on to earn All-American honors at the University of North Carolina.  He was the top draft overall draft pick in the NBA, taken by the Cleveland Cavaliers later that year, and his eight-year NBA career propelled him to roles on television as an analyst for both college and NBA games.

But Daugherty also has great involvement in motor sports, which is perhaps an odd combination. As Helen Ross indicates in her story, Brad is a lifelong NASCAR fan, is co-owner of a racing team and has served as a NASCAR television analyst for ESPN and NBC. 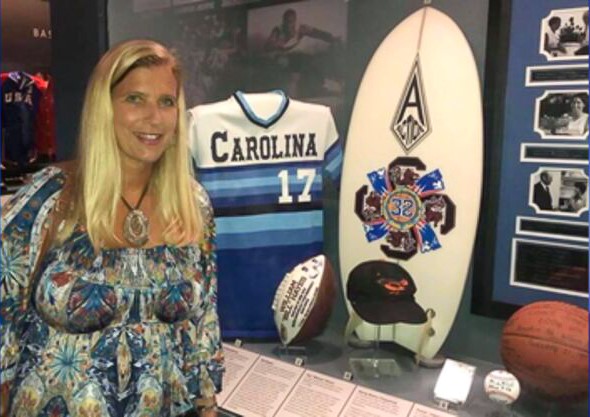 Mindy Ballou Fitzpatrick at NCSHOF display, which includes one of her surfboards

Another Hall of Famer with an unusual combination of sports is Mindy Ballou Fitzpatrick, a 2018 inductee.  She was a volleyball and basketball star and also ran track at West Carteret High School in Morehead City, going on to earn All-American honors three times in basketball at the University of South Carolina in the mid 1980’s. So, like Daugherty, she has outstanding basketball credentials.

But her athletic career continued in a different vein, as she became a championship surfer. She won the 1994 Women’s Amateur National Championship and was the first North Carolinian to win the Junior Division of the Eastern Surfing Association that same year. She went on to win five ESA surfing titles and numerous district and regional championships.

And here is an interesting combination of sports embodied by Clarence “Ace” Parker, a 1963 inductee.  An All-American football player at Duke in the late 1930’s, he was the NFL’s Most Valuable Player in 1940 as a member of the Brooklyn Dodgers.  But get this—he also played shortstop for the Philadelphia Athletics in major league baseball, later coached Duke University’s basketball team and also managed teams in baseball’s minor leagues.

These are just a few of some NCSHOF members whose careers were not confined to a single sport. 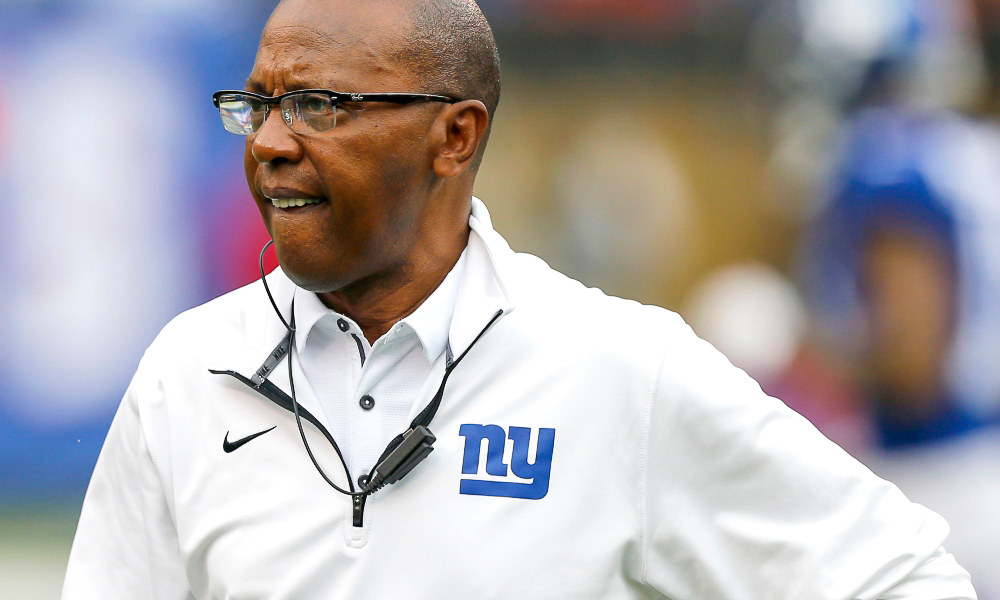 There are all sorts of paths that an individual can take to wind up being inducted into the North Carolina Sports Hall of Fame.

Perhaps the most common one is that of a great, dominant athlete in a single sport, or perhaps an outstanding athlete that became a winning coach in his or her chosen discipline.

Brad Daugherty’s road to the NCSHOF was a little different—a basketball star at the high school, collegiate and even NBA levels, by itself most impressive—but then there is his involvement in the sport of auto racing.

Ronnie Barnes, a native of Wilson and a member of this year’s induction class to the NCSHOF Hall, noted in his speech at the April induction ceremonies that his path was unique, starting with the fact he was NOT a great athlete or winning coach.

A graduate of Wilson’s Fike High School, he went on to become the first African-American graduate of the sports medicine program at East Carolina University and eventually one of the most respected athletic trainers in professional sports.

He served as an assistant trainer and instructor at ECU, and then spent four years at Michigan State where he was head trainer and earned his master’s degree.  He joined the New York Giants in the National Football League in 1976 and rose from athletic trainer intern to head trainer and then to senior vice-president for medical services.

Barnes has earned numerous honors in his career, including the Lifetime Achievement Award from the American College of Sports Medicine and is in the National Athletic Trainers Association Hall of Fame.

And now he can add induction into the North Carolina Sports Hall of Fame to his list of accomplishments—a worthy inductee whose different path took him through a brilliant career in sports medicine.