Our July 2022 newsletter includes an excellent feature about NCSHOF member Page Marsh, an amazing golfer in the amateur ranks who has gone on to a great collegiate coaching career.  Our “Did You Know?” feature also highlights a couple of other members of the Hall who were dominant in amateur golf, a couple of the best the state has ever produced. And you can also read about one recent NCSHOF inductee who took a very different route to the Hall. We hope you enjoy! 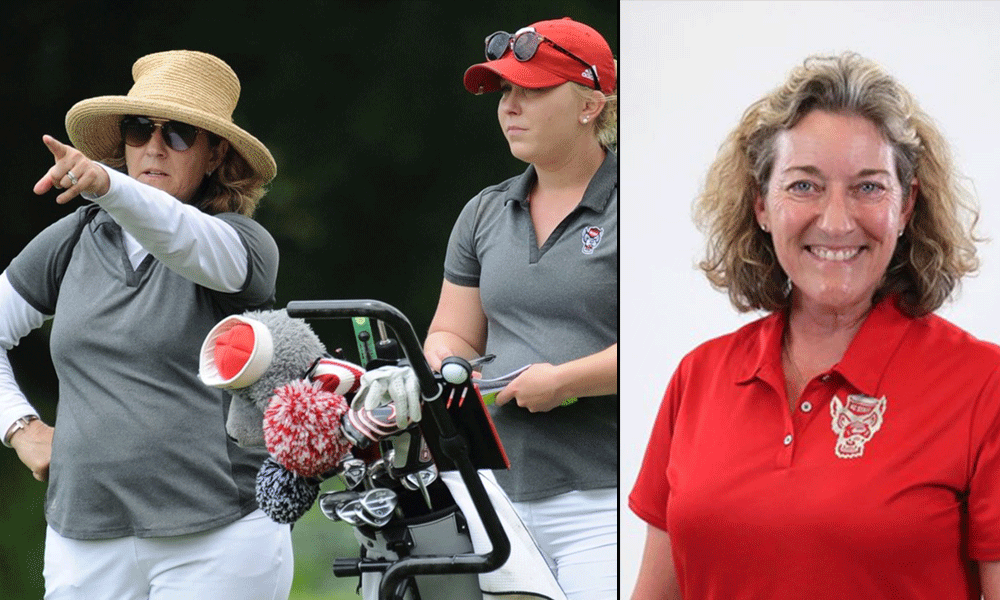 Page Marsh is one of the most accomplished golfers the state of North Carolina has ever seen. One of the nation’s top collegiate coaches, as well.

But her golf career didn’t get off to the most auspicious of beginnings. At least not from a competitive standpoint.

“People have to understand that my very first tournament, I shot 133 on nine holes,” Marsh said when she was inducted into the Guilford County Sports Hall of Fame in 2007. “I did not show any signs of any talent whatsoever. And I'm fortunate my parents did not switch me to tennis, but they did not. They saw something that I didn’t.…

“I can remember as a young child being very determined that I was going to play better the next day, and I did. I had 132 on nine holes. So, I think early in life I recognized that determination will take you a long way, but I saw that in my parents, they were determined to always give us a better opportunity to enable us to do anything for the best of our ability.”

Marsh seized that opportunity, as did her sisters Sheree Crane and Amber Elliott, the 2003 U.S. Women’s Mid-Amateur champion. (Page finished second in that event in 1989 and ’90). All three are accomplished golfers, as was their mother Linda, a three-time Carolina’s Women’s Four-Ball champion who was active in the USGA and the N.C. and Carolinas Women’s Golf Associations.

“We were given many (opportunities) -- from music to sport to art, and my dad (Leon Marsh) just always would say, when we do something, we're gonna give it our all and you're gonna enjoy it,” Marsh said in a video released by N.C. State when she won the 2020 Kim Moore Spirit Award given by the Women’s Golf Coaches Association.

“And it was important to him that we, if we did anything, we gave it our best and that included your attitude. So, I was always being shaped by my environment, which my parents are a big, big deal in my life. …And they always said, though, that we want to really work hard to be champions rather than just winners. And so, then they would talk to you about what that meant.

“And sometimes that didn't necessarily mean taking home the trophy, but it meant developing something that was a little bit harder than even sometimes the win.”

Marsh played collegiately at North Carolina, where she won three times and posted 15 top-10 finishes in her career. She was an All-ACC performer in 1984 and ’85 and was named to the league’s 50th Anniversary Team.

In 2000, Marsh was tapped to resurrect the N.C. State women’s golf program after its 15-year hiatus. She has led the Wolfpack to 19 NCAA Regional berths – including the last 10 straight -- and three appearances in the NCAA championship tournament. Marsh was selected as the 2002 ACC Coach of the Year.

Marsh also has coached one ACC Rookie of the Year and eight All-ACC players. In addition, seven of her players have been honored 13 times as Women’s Golf Coaches Association All-American Scholars. Since 2006, at least one Wolfpack golfer has made the All-ACC Academic team.

In September of 2019, Marsh was faced with unimaginable loss when her husband George Tarantini, the former men’s soccer coach at N.C. State, died unexpectedly while she was in Colorado at a tournament. Marsh told Golfweek several weeks later that her husband helped her to “find my voice.”

“It was very important for him to understand who he was and continue to grow and that's passion,” Marsh said when she won the Kim Moore Spirit Award. “… And it was very important to him to leave things better than he found it. He did it from his heart. And so, I really, really saw that and how deeply he cared about things. So those two things together, his passion and his kindness, his humanity … it was a privilege to see that and to live with it daily.”

Tarantini wanted her to live life, not plan it, Marsh said, and Rollins coach Julie Garner saw that when she visited the couple in Raleigh for what she told Golfweek was her “coaching camp.”

“Between the two of them, they covered the entire spectrum of history, culture, art, food sports,” said Garner. “It wasn’t just about coaching-- it was about life.” 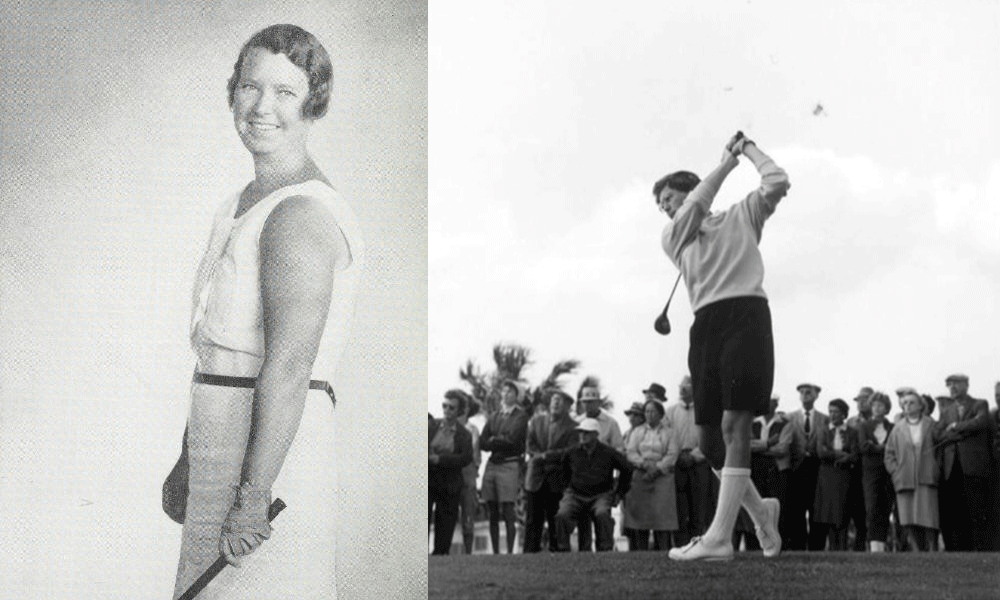 Page Marsh was an accomplished amateur golfer with many championships before making her mark as an outstanding collegiate coach.

But the North Carolina Sports Hall of Fame, with the state’s great tradition in the sport of golf, has several amazing women’s amateur golfers who earned their way into the Hall.

In fact, the first female golfer inducted into the Hall was way back in 1963, in the first year for induction, when Estelle Lawson Page was honored.

She is considered by many to be the greatest women’s golfer in state history, certainly worthy of recognition in that inaugural year.

Page won the United States Golf Association women’s amateur championship in 1937, and that title is alongside 10 Carolinas Amateur crowns and seven titles in the North and South Amateur.  She was also a member of two United States Curtis Cup teams.

Page grew up in Chapel Hill, where her father was on the faculty at the University of North Carolina, and went on to graduate from UNC.  She died in 1983.

Marge Burns, a 1984 NCSHOF inductee, grew up in Greensboro and is also a member of the University of North Carolina at Greensboro Hall of Fame.  Before her stellar career as a teaching pro, Burns earned 10 North Carolina Women’s Amateur Championship titles, still the most ever, and earned six Carolinas Amateur titles.

She was passionate about golf and was often quoted as saying, “Golf is who I am and what I do.”

All three of these women put together incredible accomplishments in amateur golf and are worthy representatives of the NCSHOF. 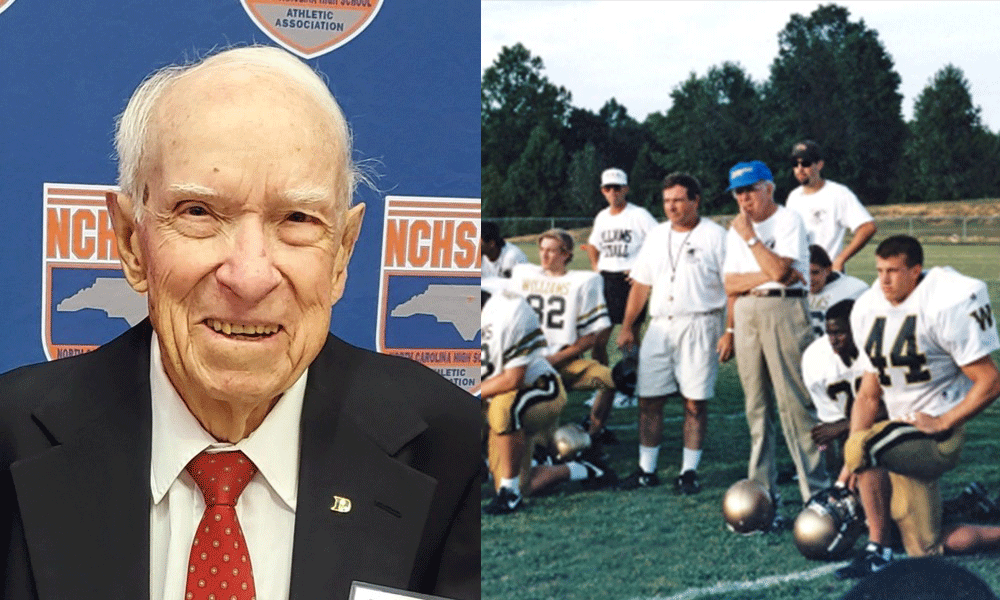 There are lots of different paths that an individual can take to wind up being inducted into the North Carolina Sports Hall of Fame, one of the fascinating things about the Hall. And the question about what that path looks like is always a popular one when participants in the NCSHOF Student-Athlete program interact with members of the NCSHOF.

Perhaps the most common path is that of a great, dominant athlete in a single sport, or perhaps an outstanding athlete that became a winning coach in his or her chosen discipline. It’s that second route that Page Marsh took—she was a great golfer in her own right and then has had a wonderful career teaching the sport of golf as a superlative college coach.

However, the late Dr. Charles Kernodle of Burlington took a different road to the NCSHOF, as he was not a great athlete or coach.  But his impact on young athletes was great in a career that was marked by amazing longevity.

Kernodle, who passed away in September of 2020 at the age of 102, served as the Burlington Williams High School football team doctor for an incredible 70 years. He lived in Burlington since 1949 until his death and missed only a few home or away games during that time. The football field at Williams High was named in his honor on his 90th birthday in 2007. In addition to his duties at Williams, he also helped with the football and basketball teams at Elon University.

He and other family members founded the renowned Kernodle Clinic in 1949 and served as general surgeon there for 35 years. The clinic also provided thousands of physicals for prospective student-athletes.

Dr. Kernodle certainly did that—and that is also a great path to the NCSHOF worthy of emulating.