Our September 2022 newsletter features an excellent story about NCSHOF member Roman Gabriel, the former Wilmington New Hanover High School and North Carolina State University football star who went on to a great career in the National Football League. Our “Did You Know?” feature highlights two other NCSHOF inductees who had a huge impact on Gabriel’s career as legendary coaches. And you can also read about one other NCSHOF member who took a little different route to the Hall but is also closely connected to Roman Gabriel. We hope you enjoy! 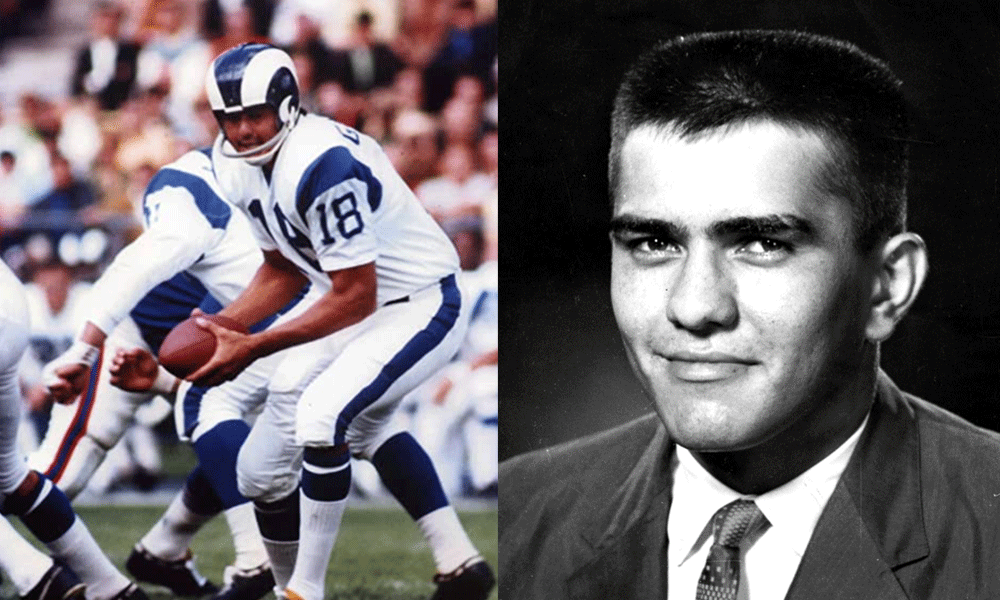 When Roman Gabriel Jr. played football at N.C. State, he set 22 school and nine Atlantic Coast Conference records. He passed for 29,444 yards during 11 seasons with the Los Angeles Rams and five more with the Philadelphia Eagles, too.

But did you know that the athletic 6-foot-4, 225-pound quarterback also had acting chops?

He appeared on television shows like Gilligan’s Island, Perry Mason and Wonder Woman, as well as movies like “Skidoo,” directed by Otto Preminger and “Blue Boy,” starring John Wayne and Rock Hudson. He even has a biography on IMBd, the entertainment website.

Still, Gabriel’s accomplishments on the football field – where he was the first Filipino-American to play quarterback in the NFL -- far outweigh those shown on the silver screen. But it’s an interesting bit of trivia for those of us of a certain age.

Gabriel was born in Wilmington, North Carolina, on Aug. 5, 1940. His father Roman Sr. immigrated to the United States from the Philippines in 1925 and worked on the railroad. His mom Edith was of Irish-American descent.

As talented as he was at football, Gabriel was also an accomplished baseball player, and turned down a contract from the New York Yankees. Instead, he went to N.C. State where he was a two-time All-American QB, as well as the ACC Player of the Year in 1960 and 1961. He won the McKelvin Award as the ACC’s top athlete in 1961.

Gabriel, who was the first ACC quarterback to throw for more than 1,000 yards in a single season, passed for 19 touchdowns and ran for 15 during his Wolfpack career. In 1959, he led the nation in passing percentage at .604.

Gabriel’s No. 18 jersey was retired on Jan. 20, 1962, during halftime of the Maryland-N.C. State game. Terry Sanford, the governor of North Carolina at the time, handled the presentation.

Gabriel, who had been plagued by knee and shoulder injuries late in his career with Los Angeles, was traded to the Eagles following the 1972 season. The following year, he was the NFL’s Comeback Player of the Year after passing for a league-leading 3,219 yards and 23 TDs.

Gabriel retired from the NFL in 1977. He coached in college, the USFL and the World League and was president of two minor league baseball teams. He also worked as a color analyst for the Carolina Panthers for seven years and is a motivational speaker.

"He’s got as good a set of numbers as anyone in there," former Dallas Cowboy defensive tackle Bob Lilly, told the Professional Football Researchers Association in 2014.

Gabriel, though, prefers to concentrate on being a role model.

"Going into the Hall of Fame isn't the most impressive thing,” he told NBC News in 2018. “It's being who I am, who I represent. That's more important to me."

Roman Gabriel was an incredible football star at every level during his career— high school, college and in the National Football League— which earned him his rightful place in the North Carolina Sports Hall of Fame.

But Gabriel’s career was certainly aided by a couple of great coaches who are also enshrined in the NCSHOF. 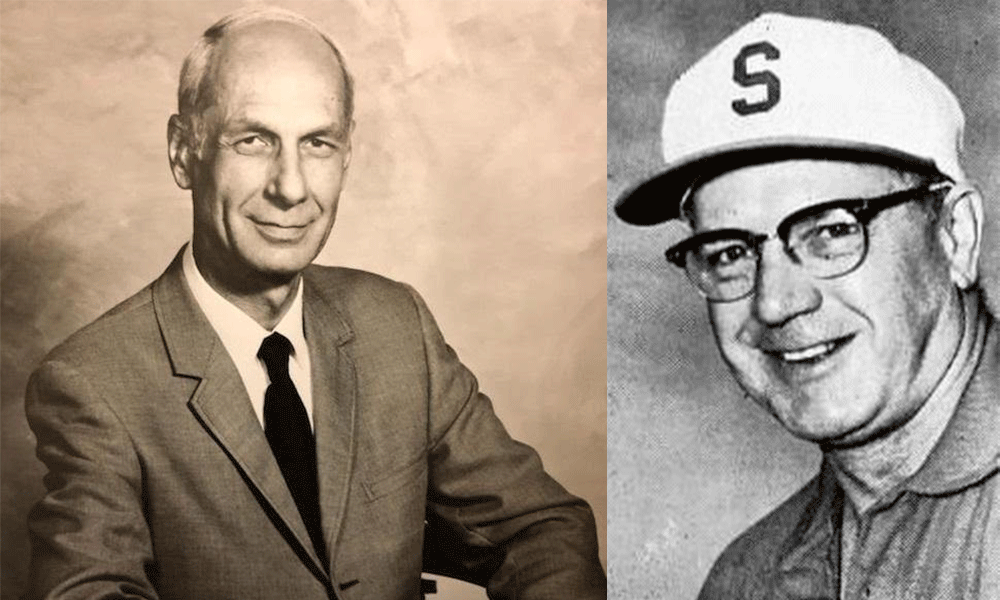 His high school coach in Wilmington was the legendary Leon Brogden, who coached three sports at Edenton, Wilson and then at New Hanover. A 1947 graduate of Wake Forest, Brogden is a charter member of the North Carolina High School Athletic Association Hall of Fame, which inducted its first class in 1987.

His teams at New Hanover won eight state basketball championships, three baseball crowns and a football title before he became the athletic director for the New Hanover County system. Prior to that, his teams had earned state championships in both baseball and football at Wilson.

Brogden was inducted into the NCSHOF in 1970.

Gabriel graduated from New Hanover in 1958 and went on to North Carolina State, where he enjoyed the tutelage of Earle Edwards. A graduate of Penn State, Edwards served as head coach of the Wolfpack from 1954 to 1970 and helped revive N.C. State’s football fortunes. He guided the Pack to three Atlantic Coast Conference championships and its first bowl victory ever in the 1967 Liberty Bowl.

Gabriel earned first team all-American honors twice at State and also was twice the ACC Player of the Year under Edwards. Edwards was inducted as a member of the NCSHOF in 1974.

Gabriel, Brogden and Edwards— connected through their football careers and now all honored in the North Carolina Sports Hall of Fame

This NCSHOF Member Also Had Connection With Roman Gabriel 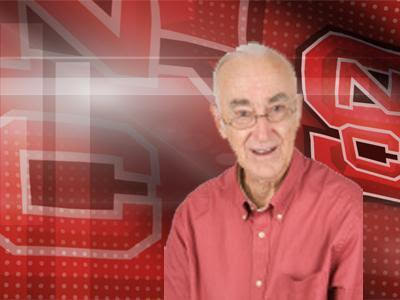 The different paths that an individual can take to wind up being inducted into the North Carolina Sports Hall of Fame is one of the most fascinating things about the Hall.

There are, of course, lots of great athletes and coaches enshrined in the NCSHOF, but the rich athletic tradition of our state certainly is not limited to just those categories. And at least one member of the NCSHOF, who was not known for athletic prowess or coaching acumen, also had a part in the collegiate career of Roman Gabriel.

Frank Weedon, who was inducted into the NCSHOF in 2014, was North Carolina State’s sports information director for 12 years before moving into athletic administration at State for many years. Born in Washington, D.C., and a graduate of the University of Maryland, Weedon came to Raleigh on June 1, 1960—after Gabriel had begun his career with the Wolfpack, but giving Weedon a great opportunity to write about and promote the future all-American and NFL draft pick.

Weedon did a bit of everything during his tenure at N.C. State. He was the media director for the final Dixie Classic and for a half-dozen ACC basketball tournaments played at Reynolds Coliseum. He was the official scorer for the 1966 Final Four, when Texas Western shocked Kentucky for the national championship. And he was with the Wolfpack when it won the 1974 and 1983 national titles. He was tournament manager for five NCAA men’s basketball tournaments at Reynolds Coliseum and served as chair of the ACC wrestling, tennis, soccer, women’s basketball and men’s swimming committees.

In 2008, he received the Marvin “Skeeter” Francis Award from the Atlantic Coast Sports Media Association in recognition of notable achievement and service to the media covering ACC sports.

So Frank Weedon’s excellent career not only put him in the North Carolina Sports Hall of Fame, albeit by a different kind of path, but also connected him with one of the Wolfpack’s greatest football players ever.