Baseball in North Carolina, From A to Z

FROM MYRIAD BALLFIELDS COME GREAT PLAYERS AND EVEN BETTER STORIES

Almost without argument, the history of baseball in our state is the pipeline for the most diverse, the most colorful and the most dramatic aspects of the North Carolina Sports Hall of Fame. It is as wide as the state, from Jim “Catfish” Hunter’s coastal plain home of Hertford to Dave Bristol’s farm near Andrews in the far western tip.

It is a history that runs the alphabetical gamut from Johnny Allen, signed away from his job as a bellhop at a New York hotel to become a 20-game winner with Cleveland, to Old Tom Zachary, who had a marvelous 19- year major league career that included one infamous pitch, the one Babe Ruth hit for his 60th home run in 1927. With the addition of former Cincinnati infielder Tommy Helms as part of the Class of 2013, there now are 30 former baseball players in the Hall.

Seven North Carolina natives are also members of the Baseball Hall of Fame in Cooperstown, New York, and all but one has a niche in the North Carolina Hall. That one, Luke Appling, moved away from the state as an infant and is considered by most baseball fans as a Georgian. 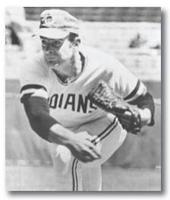 Two sets of brothers share their baseball fame in the North Carolina Hall: Rick and Wes Ferrell of Greensboro and the brothers Perry, Gaylord and Jim, from Williamston. And two of the brothers, Rick Ferrell and Gaylord Perry, are among the North Carolinians enshrined in the Baseball Hall of Fame. The other Tar Heels who have niches at Cooperstown are Catfish Hunter, Buck Leonard, Enos Slaughter and Hoyt Wilhelm.

Countless others have left their marks on the history of the sport in this state, none in a more unique manner than the late John Henry Moss of Kings Mountain. He was president of minor leagues throughout the Southeast for more than four decades – a man who virtually kept the minor leagues alive in the state when teams and entire leagues were dying off in the mid- to late-20th century.

North Carolina, like some of its neighbors, also was rich in textile league baseball in the years prior to and for a brief period following World War II. One of those teams, the 1950 Granite Falls Graniteers, was so dominant in winning a textile league championship that it, en masse, turned pro in 1951 to compete in the low minor leagues. That didn’t go too well, however, as the Granite Fall Rocks set a professional record (that still stands) for losing baseball games, being – by mere percentage points – just worse than the old Cleveland Spiders. In the process, Granite Falls carved another place in the game’s history. Late in the season, with disillusioned players defecting right and left, the ownership signed five black players, most of them from the old Asheville Blues (a well-known Negro League team of the era) just to finish the season. Virtually lost to history now is the fact that the Rocks had become the state’s first integrated sports team.

One of the methods for determining the overall quality of inductees in a hall of fame is by considering the credentials of those who have not yet been selected. In baseball, those waiting in the wings are an intriguing lot, indeed, which is evidence that the 30 baseball names now listed on the rolls of the North Carolina Hall were quality competitors.

For example, one former player expected to yet find his name among those in the North Carolina Hall is Evergreen’s Otis Nixon, who played 17 years in the big leagues and who still is frequently seen in highlight reels (as a Brave) leaping high above the 10-foot outfield wall at old Atlanta Fulton County Stadium to rob Pittsburgh’s Andy Van Slyke of a home run. Nixon was known for his speed and once stole six bases in a single game, tying a major league record. In all, he stole 620 major league bases.

One of baseball’s most unique stories is that of Shelby’s Roger McKee, the youngest player (17 years and 17 days) in the 20th century to pitch and win a major league game. It occurred on October 3, 1943, and was a complete game, no less. It also was in McKee’s only major league start.

Then there’s the sobering story of Walter Lentz, who might have had an exceptional major league career had he not spent much of the 1940s in a Japanese prisoner of war camp. His imprisonment came after his B-29 Superfortress, on which he served as aerial gunner, was shot down.

Wilt Browning is a retired sports editor and columnist in Greensboro and is a member of the N.C. Sports Hall of Fame. He is the author of seven books and his newspaper experience is extensive, including the assignment of lead reporter covering the Atlanta Braves during the team’s first six years in the South.