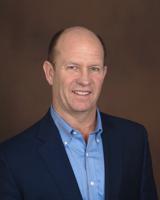 Michael Scott Bankhead was born July 31, 1963, in Raleigh and grew up in Reidsville playing in the town’s youth leagues. He was an all-state right-handed pitcher for Reidsville High School, where he posted an 8-3 record and had an astonishing 176 strikeouts in 76 innings and a 0.37 earned run average his senior season in 1981 while earning National High School Player of the Year honors. He also was a three-year standout for Reidsville’s Post 79 American Legion team.

Drafted out of high school by the Pittsburgh Pirates, Scott instead opted to accept a scholarship offer to attend and pitch at the University of North Carolina at Chapel Hill. There, he became a two-time All-ACC and All-America selection and one of the Tar Heels’ most decorated hurlers in school history. He posted a 24-3 record from 1982-84 and was an astonishing 20-0 in his final two seasons for the Tar Heels. His and his teammates played off of each other’s successes as UNC won three consecutive ACC championships along the way.

In his last year in Chapel Hill in 1984, Scott was a finalist for the Golden Spikes award and was a key member of the U.S. Olympic team that earned a silver medal. A first round selection – and the 16th overall pick – by the Kansas City Royals in that year’s draft, Bankhead made his major-league debut on May 25, 1986, after appearing in only 31 minor league games. He won that first game, throwing four innings of two-hit, shutout relief against the Chicago White Sox.

Also memorable was the 1992 season in Cincinnati, where in a relief role Scott was a remarkable 10-4 in 54 appearances, topped by a sparkling 2.93 earned run average despite pitching half of the season in Riverfront Stadium, a notorious hitter-friendly ballpark. Asked why Scott was so successful and steady that summer for the Reds, then-manager Lou Piniella said succinctly, “It’s because Scott Bankhead gets people out.”

Scott is the son of Virginia Dozier of Asheboro and Jerry Bankhead of Goldsboro. He and his wife of 28 years, Kelly, live in Asheboro. They have three children: Alec (25), Sarah (24), and Karson (22).