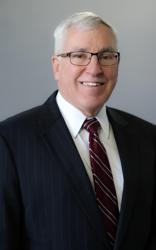 Tim Stevens began his professional writing career when was 15 years old. The story was about a high school basketball game and was the first of about 12,000 stories that he wrote during a career that spanned 48 years with Raleigh newspapers.

He covered all levels of sports for The Raleigh Times and The (Raleigh) News and Observer, but his love was high school sports. He often said he worked for the boys and girls but was paid by the newspaper.

Stevens was a storyteller and was much more interested in people than in games. He wrote a lot about the character traits that were being developed in high school athletics.

He often wrote about national issues before others recognized the issues. He was among the first reporters in the country to write about the effects of concussions. He wrote about transgenders, sports specialization, the quest for athletic scholarships, socio-economic factors influencing high school championships, and over-use injuries.

He explored the influences of shoe companies and television on sports. He returned repeatedly to the United States being the only country in the world that has athletics as part of its high school cocurricular activities because athletics help develop citizens who can function in a democracy.

He contributed to “Nothing Finer, North Carolina’s Sports History and the People Who Made It and wrote the NCHSAA’s 100th anniversary book, Inspiring Individuals, Encouraging Excellence. He also helped write the original North Carolina High School Record Book, researching outstanding performances in more than 20 sports.

He also helped start a holiday basketball tournament that has returned more than $1 million to area schools.

Stevens has many interests and hardly has slowed down since retiring from The N&O.

He helped found a concert series in his native Garner that features top Broadway performers. The series has won statewide awards.

In recent years, he has written a series of plays about the history of Garner, his hometown. Those plays have won the N.C. Society of Historians’ multi-media award the past four years.

Stevens’ life revolves around his faith and he has written Christian plays that have been produced throughout the country. He has taken Christian dramas to nine states.

Show N Tell, his non-profit Christian organization, raised almost $100,000 for hurricane relief and has presented patriotic events in the area. This April he brought The Wall That Heals, a ¾ scale replica of the Vietnam Veterans Memorial, to Garner.

He was the recipient of the James R. Stevens Service to Garner Award, an honor named for his father and given for contributions to the community.