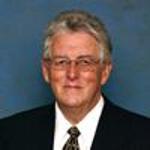 Wilt Browning of Kernersville was long considered one of the southeast’s premier sports writers and columnists. A resident of North Carolina since 1977, Browning was named the state’s Sports Writer of the Year five times (in 1982, 1985, 1988, 1990 and 1993). He is the seventh sports writer to be inducted into the N.C. Sports Hall of Fame.

A native of South Carolina, he attributes part of his early success to the advice of his first sports editor, Bob Hurt of the Daily Capital and State Journal in Topeka, Kansas. He was working for the Journal part-time while serving in the U.S. Air Force. Hurt told Browning, “When your bosses ask you if you can do something, your answer ought to be ‘Yes’ because you can do anything that needs to be done in a sports department.” He says he has never forgotten the advice.

Browning went on to become the first major league beat writer for the Atlanta Journal and covered the Atlanta Braves through the team’s first six seasons in the South (1966-71). He broke the first story in which Hank Aaron said he had his sights set on Babe Ruth’s home run record.

Browning later spent five years as the public relations director for the Atlanta Falcons and one year in the same capacity for the Baltimore Colts before moving to Greensboro to become a sports columnist and sports editor for the Greensboro News & Record. Through his career he also wrote sports for the Charlotte Observer, the Greenville (S.C.) News, and the Asheville Citizen-Times.

He retired not long after serving as the sports editor and columnist for the Citizen-Times. “My own feelings in retirement now are that I was among the lucky ones who worked through the most wonderful time to be a sports writer, especially in North Carolina. It was a golden era now mostly gone because of changes in newspapering and the manner in which newspapers collect and display sports stories.”

Browning considers his days in the newspaper business “the best of times.” He is a member of the South Atlantic League Hall of Fame and the author of seven books, many of them about athletes and coaches.

One of his favorite remembrances is Aaron’s admission that he had taken exception to what he considered unfavorable remarks by the Braves’ radio play-by-play announcer. According to Browning, the famed slugger told him, ‘If they’ll (the Braves’ front office) get that guy off my back, I’ll go after the home run record.’ ”Says Browning of his career: “I don’t know that I always succeeded, but I never backed away from any newspaper task.” He has been committed to other tasks as well, including serving as president of the N.C. Sports Hall of Fame in 2007 and 2008.