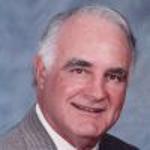 Wray Carlton played his last football game in 1968, when Lyndon Johnson was president, gas was 34 cents a gallon, and “Laugh-In” was a most popular TV show. Yet memories of the “Train” still ramble across the mind’s track. He was an All-State halfback at Wallace High, an All-American at Duke, an All-Pro in Buffalo, and one of the premier all-around athletes at every level.

Carlton scored 48 points in a prep basketball game and attracted pro baseball scouts, but it was in football that he gained enduring  fame – including enshrinement in the North Carolina Sports Hall of Fame. “I learned early that (football) was my best shot to move on,’’ says Carlton, who developed under legendary high school coach Thell Overman. A supple 6-foot-2 and 190 pounds in college in the 1950s, Carlton not only ran like a train, but he could pass, catch, kick, block and tackle. “Unbelievable athletic ability,’’ teammate Jerry McGee remembers. “He was a great one (and) such a good guy, easy to get along with.”

There were no touchdown dances and no chest thumping; without embellishment he just did the job as a two-way player and place kicker. Fast with power, Carlton got his  nickname at Duke when a teammate – seeing him break a dazzling run – yelled, “There goes the night train from Wallace!”

Today, his performances would be on ESPN highlights every Saturday. Twice an All-ACC back, Carlton scored 26 points against Virginia as a junior. As a senior, in 1958, he capped his college career by scoring Duke’s points in a 7-6 win over rival North Carolina and breaking Ace Parker’s rushing record. “He’s an All-American if I ever saw one,’’ said coach Bill Murray in a Greensboro Daily News story.

Drafted by the Philadelphia Eagles of the NFL, Carlton chose to sign with the Buffalo Bills of the AFL. His versatility immediately impressed coaches.  “He has speed, power, is a great blocker, can catch the ball,” coach Buster Ramsey told the Buffalo Courier Express, adding that few backs have all four traits.

How good was Carlton? He led the league in rushing average once; ranked among top 10 ground gainers five times; was named All-Pro twice; played in two Pro Bowls; and was a major contributor on two championship teams. “He was dependable, durable, a great teammate, a very special guy. He’s in my Hall of Fame,” says Pro Football Hall of Fame lineman Billy Shaw.

Carlton ranks sixth among Buffalo career rushers in a list that include O.J. Simpson and Thurman Thomas and was voted a “Top 50 Bills” player in the team’s first 50 years. Veteran Buffalo News columnist Larry Felser rates him one of the top five “most complete players” in franchise history.

After retiring from football, Carlton, now 74, entered the trucking business and helped raise three children with wife, Susan. Although their principal residence is in New York, they maintain a vacation home on Bald Head Island.